Not just the standard collector of my favorite players, but also the unique jerseys that might not be on anyone’s top-10 seller list.

Allen Iverson with the Memphis Grizzlies? I snagged one of those on clearance shortly after he was released by the team. Same goes for my Lamar Odom Dallas Mavericks jersey.

I need a Steeve Ho You Fat jersey!

I was today years old when I learned about Steeve Ho You Fat! 🏀🤣 pic.twitter.com/IZvArxjrL2

In a matchup that was supposed to highlight the top two prospects for the 2023 NBA Draft, G League Ignite’s Scoot Henderson and French team Metropolitans 92’s Victor Wembanyama, the player who had social media buzzing was Ho You Fat.

The 6-foot-8 forward is 34 years old and has played for seven squads in the French league since 2008 and joined the Metropolitans 92 last year. Ho You Fat is his name, but in America, it reads like a quip to someone trying to squeeze into an outfit that’s too small. Hence the viral moment when his name was called during the ESPN telecast.

Announcer: “[Steeve] Ho You Fat with the three. Yes I just said that. That is that man’s name. Don’t tweet at me.”

It brought to mind some other unique names that have been on the backs of players over the years and some jerseys I wouldn’t mind adding to my collection.

Metta Sandiford-Artest was one of the best defenders of his generation and surprised many when he legally changed his name from Ron Artest to Metta World Peace in 2011 while with the Lakers, giving us “World Peace” on the back of a jersey to “ inspire and bring youth together all around the world.”

Lloyd Bernard Free changed his name to World. B. Free in 1981. World was a nickname given to him growing up in Brownsville, Brooklyn.

That “Free” was his legal last name was cool enough, but changing his first name took it to the next level. His San Diego Clippers road jersey would be an excellent addition. 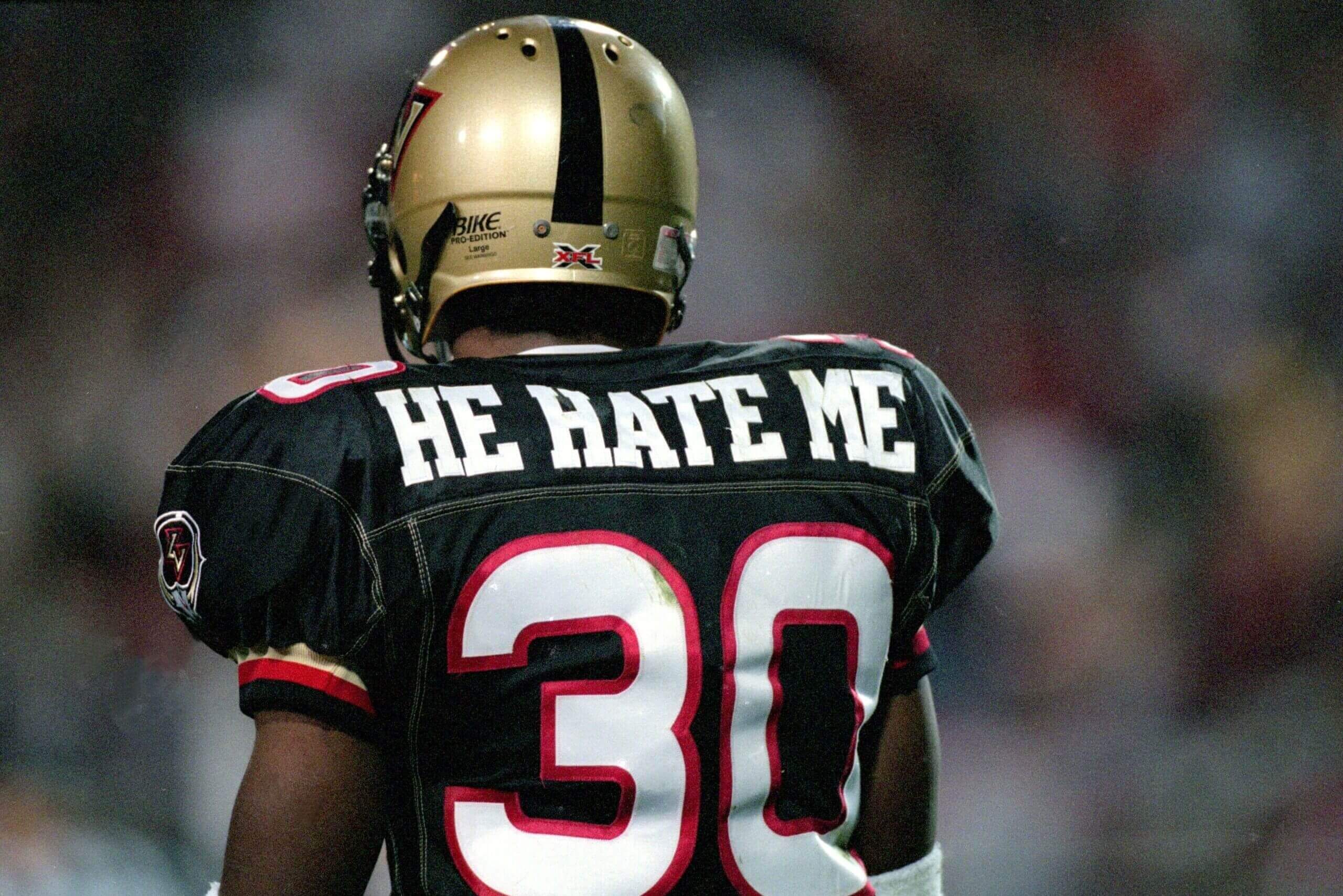 When the XFL kicked off in 2001, part of the pitch to the public would be players not having to use their government names on their jerseys.

Las Vegas Outlaws running back Rod Smart took full advantage, going with “He Hate Me.” The popularity of the name outlasted the league.

Smart would go on to play in the NFL, making the Super Bowl with the Carolina Panthers in 2004, but he’ll forever be known as He Hate Me to many football fans. Smart’s XFL jersey is one of the best things the league gave football fans.

I have no recollection of Rhymes’ playing days at Oklahoma or his brief NFL career when he led the league in kick return yards as a rookie. My interest in his jersey is rooted in hip-hop. I’m a fan of Busta Rhymes, who was given the name by the legendary Public Enemy lyricist Chuck D because of his rap style.

Hip-hop is all about giving credit to the forefathers of the genre, so why not recognize the namesake of one of the most entertaining rappers of all time.

Alex “Sonny” Sixkiller played quarterback for the University of Washington from 1970-72. Coming from a family of Cherokee heritage, Sixkiller said he didn’t know the roots of his unique surname, and neither did his father. To make things better, he wore the No. 6 and had success on the field.

Sixkiller is still in the top 10 all-time for the Huskies in career passing yards (5,496) and touchdowns (35). It’s the kind of jersey that’s a great discussion piece. 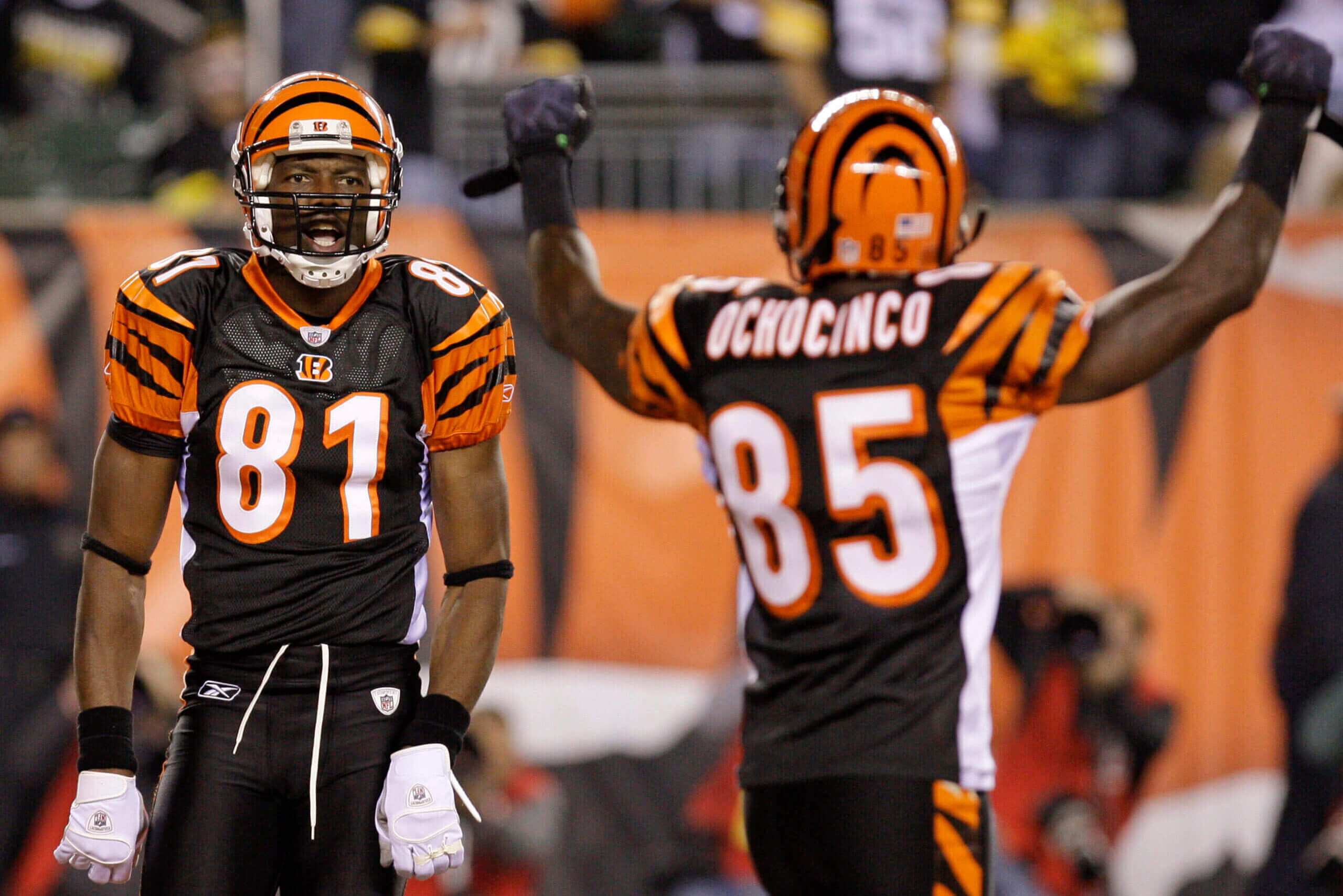 Another mid-career name change by one of the more eccentric players of his generation, Chad Ochocinco Johnson. The former Pro Bowl wide receiver switched his last name to Ochocinco for the 2009 season before going back to Johnson in 2012.

Johnson wore No. 85, and ocho is Spanish for eight, while cinco is Spanish for five. (It should be noted ochenta y cinco is actually 85 in Spanish.) That Johnson went so far to represent 8-5 in another language definitely makes his name worthy of a few good laughs, incorrect grammar and all.

Shammgod is a fixture in the hoops world, so much that there’s a dribbling move named after him. He’s had to answer a lot of questions, but God is, indeed, his first name.

One of the famed New York City point guards, he’s achieved even greater fame after his career at Providence and a short stint in the NBA to the point he has an endorsement deal with Puma. Shammgod now is an assistant coach with the Dallas Mavericks, and his ballhandling acumen is admired by the basketball community.

I’ll take the Providence jersey, because that’s where the Shammgod was on display for the world. 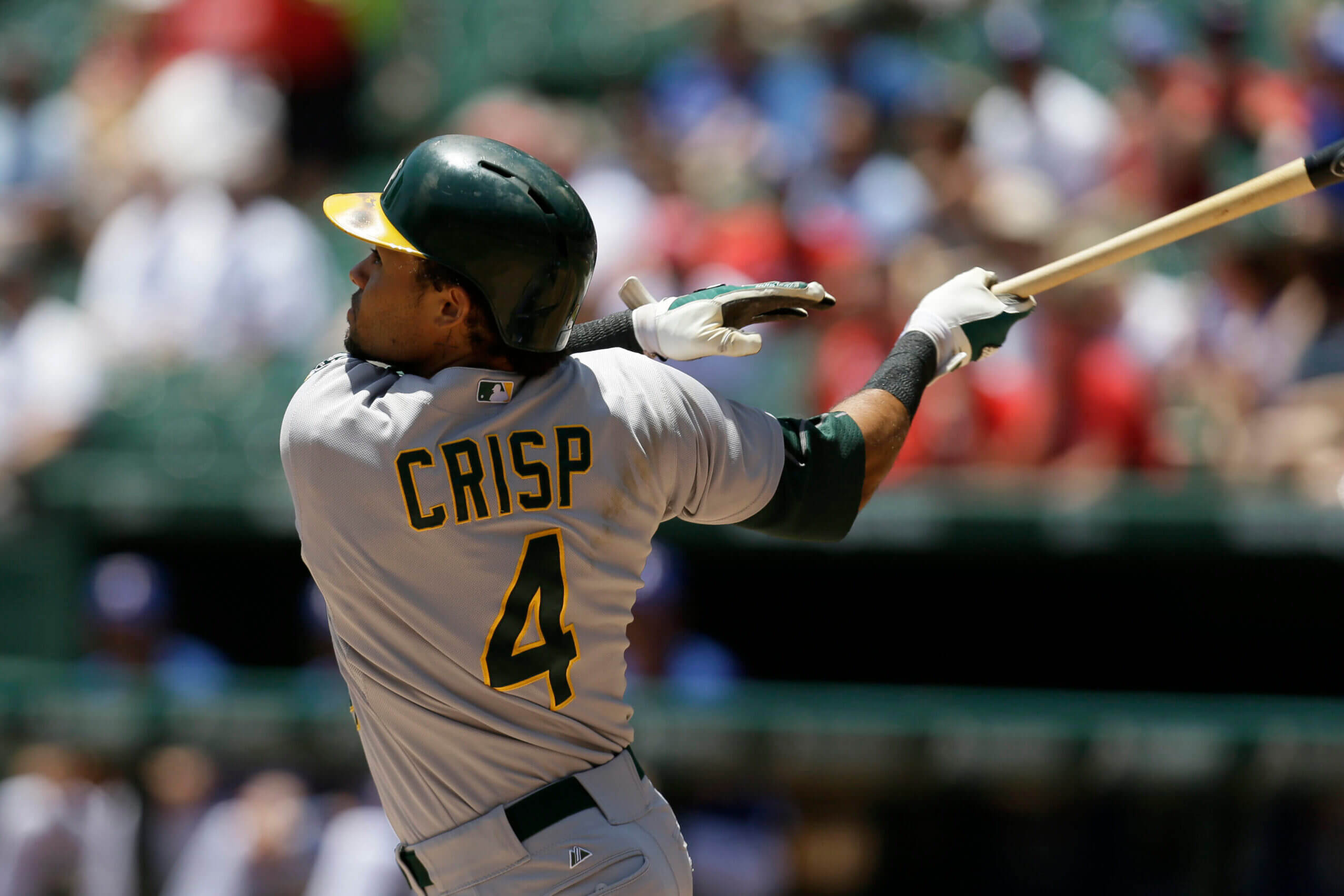 The former major leaguer’s combination of his nickname (his first name is Covelli) and last name evokes thoughts of Cocoa Krispies cereal. His grandmother called him “Co” before siblings labeled him “Coco,” like the cereal.

He played for Cleveland, Boston, Kansas City and Oakland during his career. If there’s a jersey to wear while making breakfast, this might be the one. 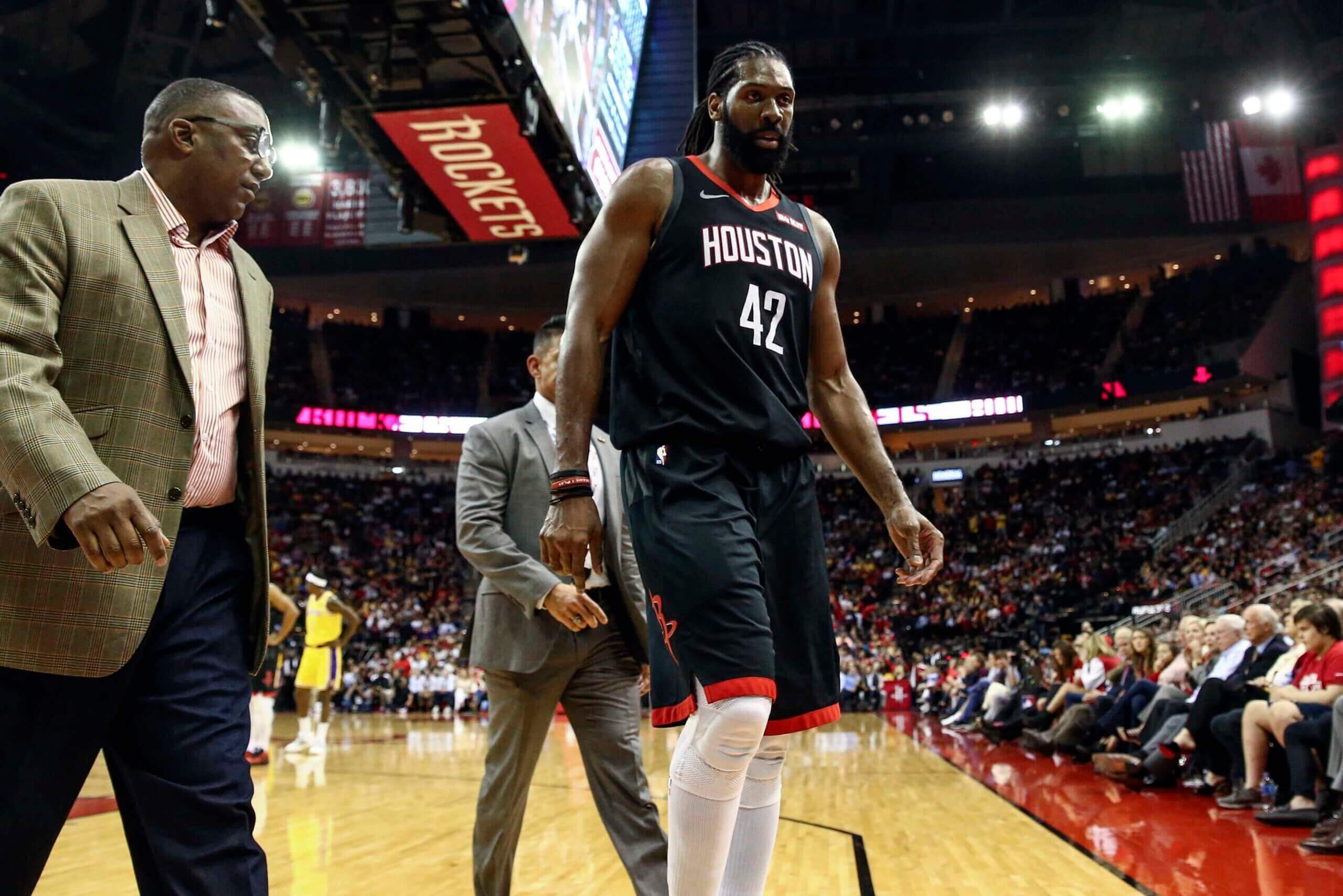 Nenê makes the list purely for obscurity reasons. The Brazilian-born former NBA center legally changed his name from Nenê Hilário to just Nenê in 2003, and he played for the Denver Nuggets, Washington Wizards and Houston Rockets, but a Nuggets jersey with “Hilário” on the back would be quite the find .

His birth name is Maybyner Rodney Hilário, but he was nicknamed Nenê, the Brazilian Portuguese version of “baby,” because he was the youngest in the family. Much like some of the soccer players he grew up watching, Nenê spent most of his career known by one name.