THIS Morning fans were left incensed as they accused a caller of “fat shaming” host Alison Hammond.

Viewers of the ITV series – which is being fronted by Alison, 47, and Dermot O’Leary, 49, amid Holly Willougby and Philip Schofield’s absence – took to Twitter in shock after scenes aired on Friday.

It came about when caller Dionne contacted the panel, with the question: “How do I find love again at 57?”

She told the This Morning panel: “I don’t like being single and, I have to say, Alison probably understands me in this next sentence; I am a plus size lady and that seems to go against what a lot of them men out there are going for.”

Alison, taking he reference in her stride, responded: “If that person’s not into you, then that’s not your person. 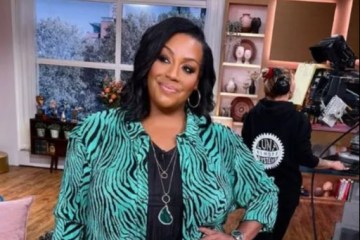 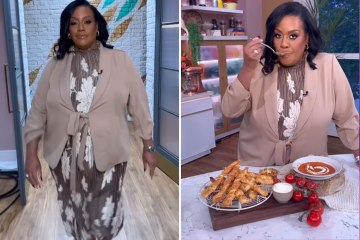 Alison – who has been looking slimmer than ever of late – added: “A lot of them say they don’t like it, but when they have a taste of it, they absolutely love it.

“Don’t even worry about that, put it – the bigness – to the back of your mind and let your personality come through because once they see who you truly are, I’m telling you, they will fall in love with you. “

Alison’s fans rallied behind her over the “fat shaming” with one urging: “Stop body shaming Alison #ThisMorning.”

Another put: “Gyles and Carols phone in, in a nutshell; Alison being bodyshamed, telling a caller she’s been around at the age of 80 😭 #thismorning.”

A third then put: “If I was Alison I’d give this Dionne a slap if I ever met her, body shaming her.. #thismorning.”

One then quoted caller Dionne’s comment as they added: “F**kin hell Dionne the shade #thismorning.”

Another mused: “I think @AlisonHammond has lost weight in my opinion #thismorning.”

In July, Alison – who weighed 20st at her heaviest – revealed she had cut out sugar to help her shed the extra pounds.

She has also been quietly working out with a personal trainer and staying hydrated to keep away from snacks.

Alison teamed up with Weight Watchers, too, and revealing her secret, she said: “I didn’t realise that often when I used to snack, it was because I was thirsty.

“I try to get through at least two litres of water every day now and that makes me feel so much better.”

“I now have a personal trainer and he’s amazing. I work at my own pace – we do circuits and I absolutely love it.”