Jerry Lee Lewis surprised his 13-year-old cousin by taking her to a Mississippi wedding chapel – when she thought they were simply going to see a film.

Lewis, who was 22 at the time, was Myra Lewis Williams’ cousin.

Their marriage caused a scandal, and for a while derailed the career of Lewis, who died on October 28 aged 87.

Williams – who did not attend his November 5 funeral – said she could not remember the last time they spoke – on Friday revealed their wedding came as a shock to her.

Lewis told her they were going to see a movie near her Memphis, Tennessee home.

But instead he drove them across the state line to Hernando, Mississippi – her hometown straddled the Tennessee-Mississippi border – and they were married. At the time, marriage was legal in Mississippi for anyone over the age of 12. Lewis had obtained a marriage certificate under false pretenses.

‘Oh my God! I was one of the few people, maybe the only person in the world, that had a surprise wedding,’ said Williams, speaking on Friday to The Atlanta Journal-Constitution. 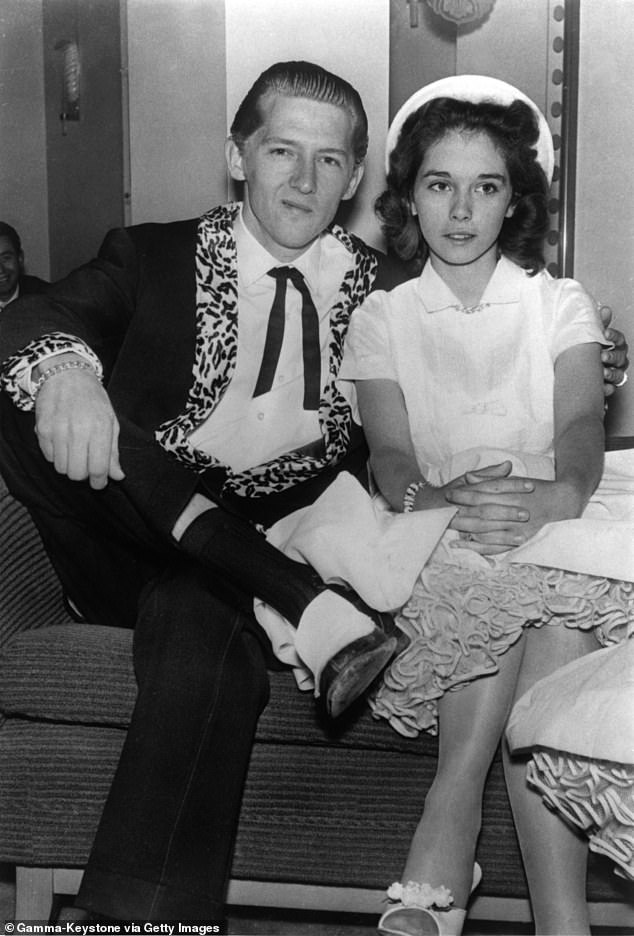 Lewis and Williams married in 1957 in Hernando, Mississippi. She was 13; he was 22. Her father wanted to shoot him 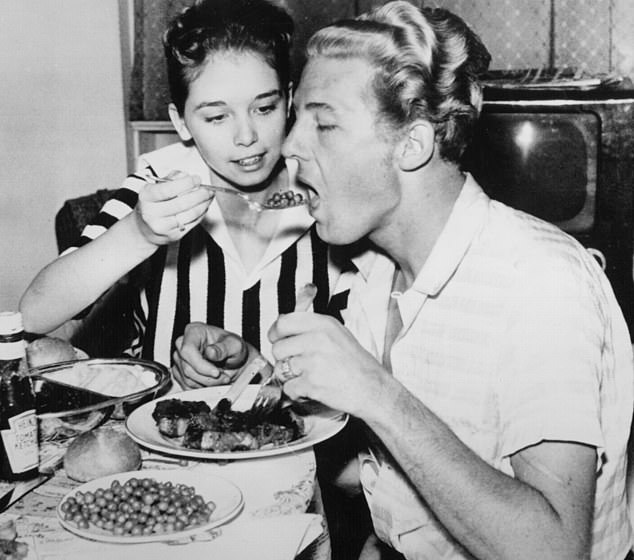 Williams said that though she was characterized as a ‘child bride’ when news of her marriage to Lewis broke, inside their relationship things were quite the opposite

‘I was bumfuzzled by it.

The pair met when Williams’ father, a musician, traveled 320 miles south from their home in Memphis to Ferriday, Louisiana, on the Mississippi river.

JW Brown, Williams’ father, was looking to recruit someone to record with him at Sun Studios in Memphis, and heard that his cousin Jerry Lee Lewis was a talented performer.

Brown bought the married Lewis to stay at his home, and he began wooing Brown’s daughter – despite being married to his second wife, Sally Jane Mitcham.

Williams said there was no attraction.

‘Well, he was wearing a red plaid shirt, he had a real bad haircut and his ears stuck out. It wasn’t like wow, look at this good-looking guy,’ she said.

‘He grew into looking good.’

Lewis took the teenage Williams to Dairy Queen, and she said she never knew he was interested in her.

‘Jerry treated me like a little friendly teenager that he was being nice to,’ she told the paper.

”Hey, you want to go to Dairy Queen and get a root beer float?’ It didn’t look like there were any designs on me from Jerry.’ 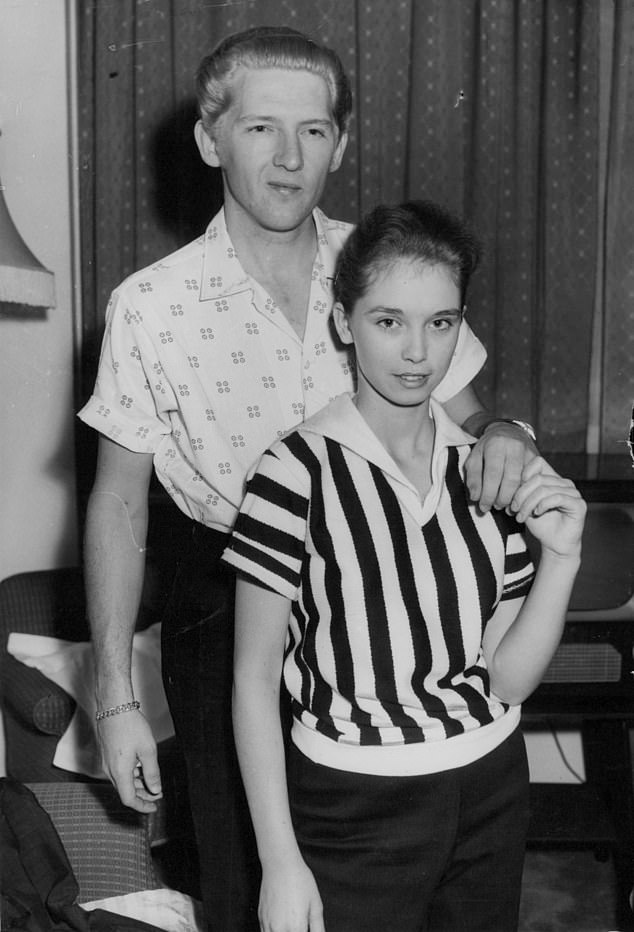 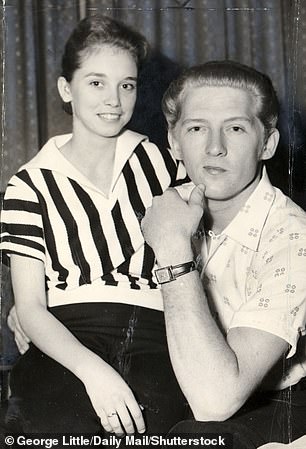 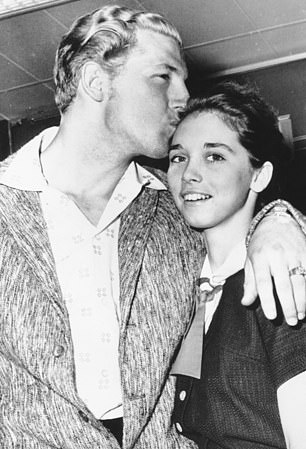 Williams bought a house for the family while Lewis was away on tour, and also bought a red Cadillac convertible he requested she pick up 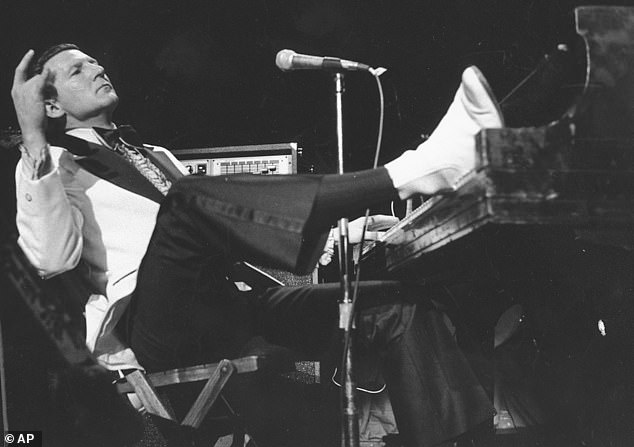 Lewis was the last survivor of the rock ‘n’ roll generation that included Elvis, Little Richard and Chuck Berry 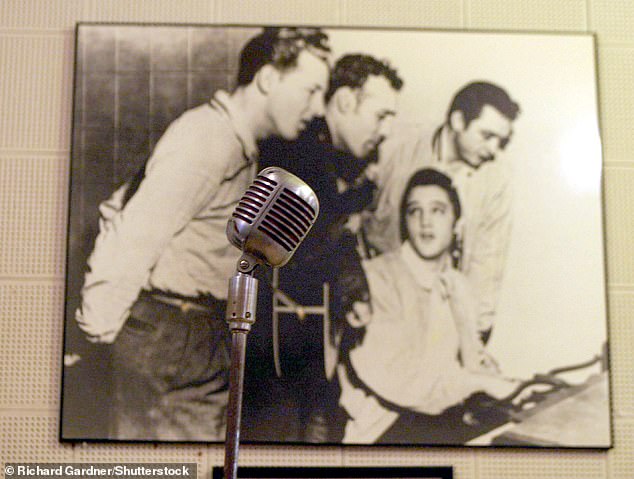 Lewis is pictured, furthest left, recording with Elvis Presley, Johnny Cash, Carl Perkins and others at Sun Studios, Memphis, during the 1950s. The mic they sang into, pictured in the foreground, was auctioned in 2004 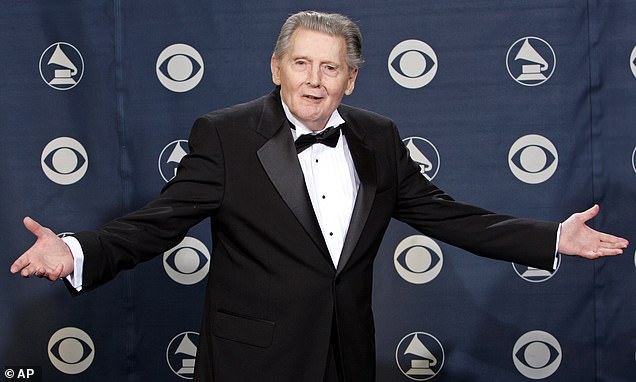 Lewis died last month, aged 87. He is pictured at the 47th Annual Grammy Awards in February 2005 at the Staples Center

He was still married to Mitcham when he married Williams.

She said she was happy with the wedding – although her father took his gun and threatened to shoot him.

‘He didn’t take advantage of me. He surprised me,’ she said.

‘But I was the more mature person. Jerry was having fun and being a kid and throwing bubble gum around.’

She used to manage their finances and homes, and bore him two children.

Their son, Steve, was born when she was 14, and drowned in a swimming pool accident when he was three.

Their daughter, Phoebe, was born four years after Steve and lives in Lynchburg, Virginia.

Williams filed for divorce after 13 years, with her husband added by drink and drugs. 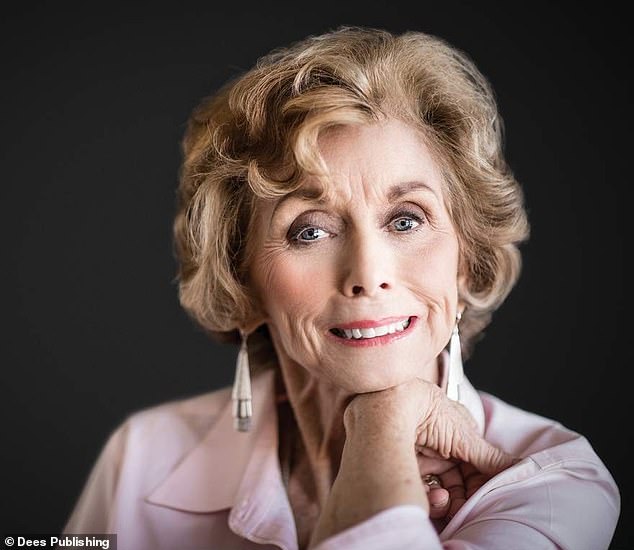 Myra Lewis Williams pictured on the back cover of her 2016 book, The Spark that Survived 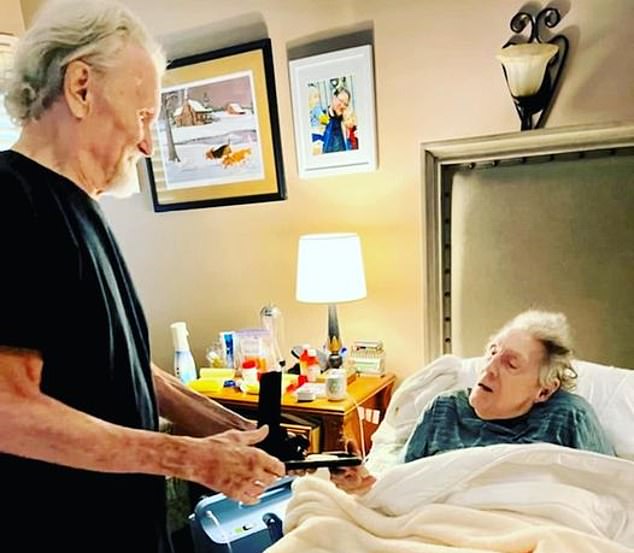 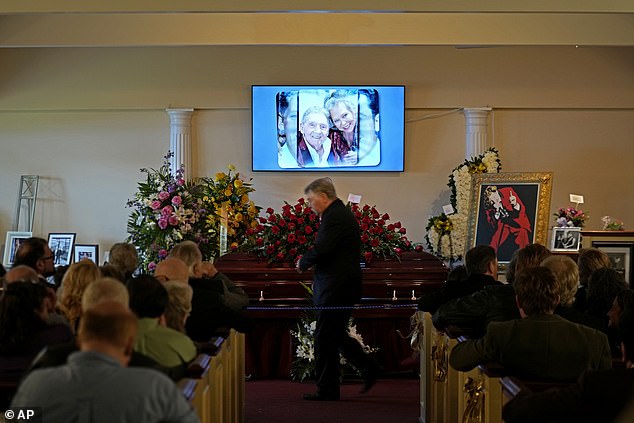 Ronnie Lewis, son of rock ‘n’ roll pioneer Jerry Lee Lewis, walks past his father’s casket before his funeral service, as flowers, portraits and memorable pictures were on display 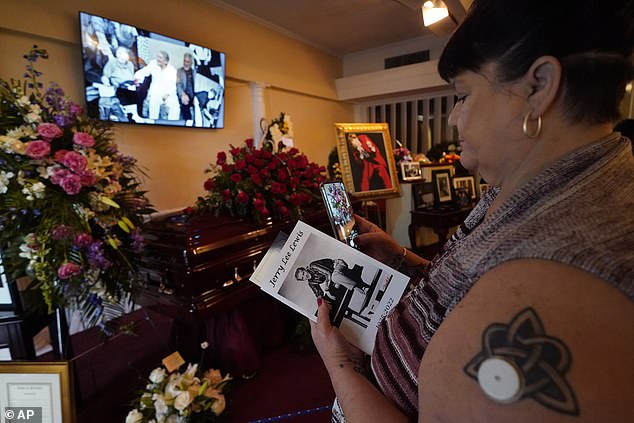 Donna Hoffmann, third cousin to rock ‘n’ roll hall of famer Jerry Lee Lewis, views his casket covered in flowers and portraits before the start of his funeral service 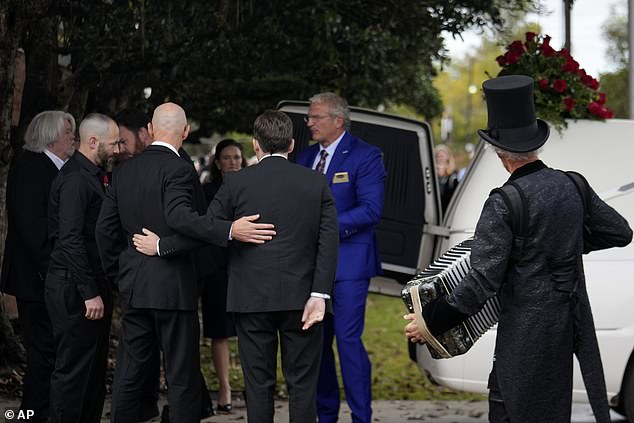 Mourners are seen outside Young’s Funeral Home in Ferriday, Louisiana 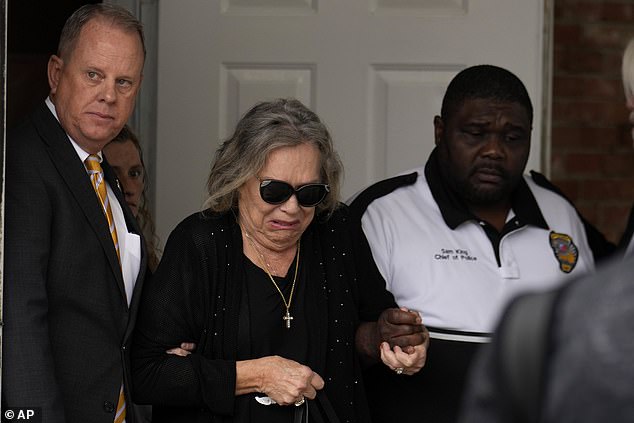 Judith Brown, seventh wife of Lewis, wore an all-black outfit and shades as she was seen leaving her late husband’s funeral

Williams moved to Georgia, settling in Duluth and working in real estate with her second husband, Richard Williams.

The pair, now retired, met when she applied for a job at his office. They have been married for 39 years.

In 1989, the film Great Balls of Fire starring Dennis Quaid and Winona Ryder was released, based on the book Williams co-wrote.

She hated the film, angered at Ryder’s portrayal of her as a child chewing bubble gum.

‘Hollywood gets everything wrong,’ she said.

Judith is the ex-wife of her older brother. ‘I just don’t want to be around her,’ she said.