She did something bad.

Taylor Swift removed a scene from her “Anti-Hero” music video after several health professionals and dubbed it “fatphobic.”

The segment showed Swift stepping on a scale that called her “fat” instead of displaying a numerical weight.

While looking down at the scale, the 32-year-old sang the line, “I stare directly at the sun but never in the mirror” before the camera panned to her looking at a second version of herself shaking her head no.

Swift, who wrote and directed the music video, tweeted last Friday that the visual for the song off her new “Midnights” album represented her “nightmare scenarios and intrusive thoughts.”

Swift, who previously struggled with an eating disorder, scrubbed the scene from the Apple Music version of the video after health professionals and critics slammed it as damaging.

“Taylor Swift’s music video, where she looks down at the scale where it says ‘fat,’ is as–tty way to describe her body image struggles. Fat people don’t need to have it reiterated yet again that it’s everyone’s worst nightmare to look like us,” Shira Rosenbluth, a social worker with a specialization in eating disorder treatment, wrote in a tweet.

Rosenbluth added, “Having an eating disorder doesn’t excuse fatphobia. It’s not hard to say, ‘I’m struggling with my body image today’ instead of I’m a fat, disgusting pig.”

Another social media user reasoned“I saw someone say that she could’ve put ‘not thin enough’ and I think that would’ve been more in line with what she was trying to get across anyways on top of not being offensive.”

“Lmfao the comment section does not pass the vibe check. It’s understandable that people have ED and see their bodies as ugly, but Fat isn’t a feeling fat is a state of being. When people who have ED say ‘ew gross I feel so fat, I’m ugly’ of course feelings about their bodies are real,” a third fan wrote.

“but it’s still enforcing the idea tht fat is gross/bad. Her feelings can be valid, while still promoting fatphobia. This isn’t a competition. ED & Fatphobia are both real, but just because someone has ED doesn’t mean that they should promote the idea that fat is gross.”

While many people agreed with the expert, several Swifties hopped to her defense.

“If she feels/felt fat, she is sharing her story. When I am above the weight I want (often), I feel fat. Someone saying, ‘you’re not fat’ doesn’t make me feel not fat. I don’t get why someone feeling fat (no matter how unhealthy the thought) is wrong?” wrote one fan.

“having insecurities is no longer allowed bc it might make a fat person somewhere upset,” another critic tweeted.

Swift revealed in her 2020 documentary that she used to have an eating disorder. 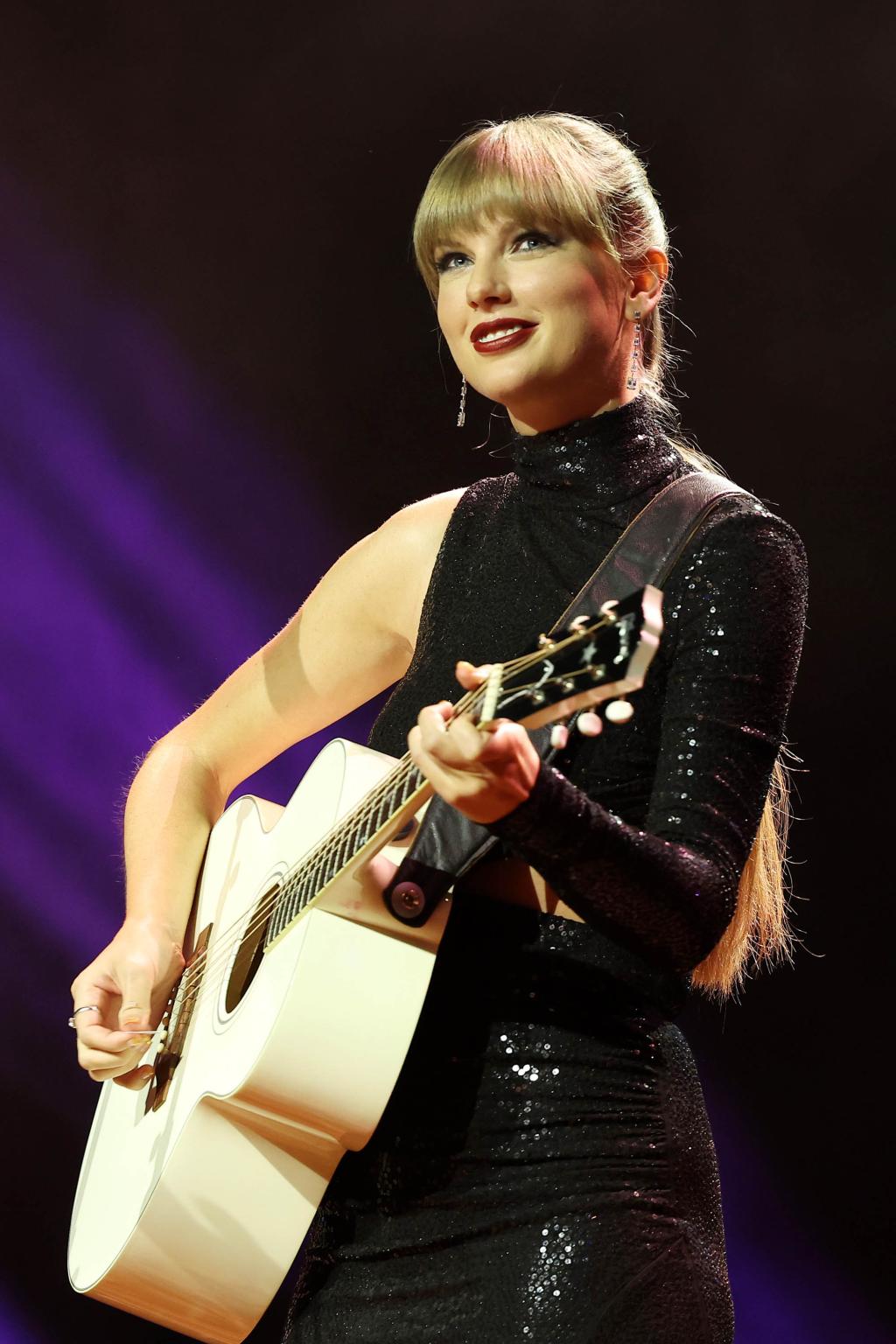 Swift revealed in her 2020 documentary that she used to have an eating disorder.

From a brief fling with Julia Roberts in the ’90s…

The “All Too Well” singer notably opened up about suffering from an eating disorder in the past in her 2020 documentary, “Taylor Swift: Miss Americana.”

“It’s only happened a few times, and I’m not in any way proud of it. A picture of me where I feel like I looked like my tummy was too big, or … someone said that I looked pregnant … and that’ll just trigger me to just starve a little bit — just stop eating,” she admitted at the time .