SALES of “Spam, Spam, lovely Spam” – as the Monty Python song goes – are rocketing in our straitened times.

Other World War Two budget staples such as beef shin, ox cheek and pilchards are also flying off shelves as the cost-of-living crisis bites.

Yet it is Spam — the long-time object of ridicule after becoming wearisomely ever- present during the post-war years, including at school dinners — that leads the way.

The annual Waitrose Food & Drink report found sales of the product, which costs £2.50 for a 340g tin, are up by 36 per cent on last year.

If you mention the name to a teenager, they are likely to think of irritating emails.

Yet the name is well- known today thanks to comedy troupe Monty Python’s 1970 cafe sketch, starring Terry Jones and Michael Palin, about the tinned cooked pork. 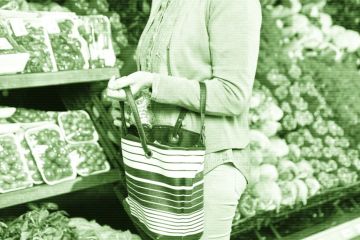 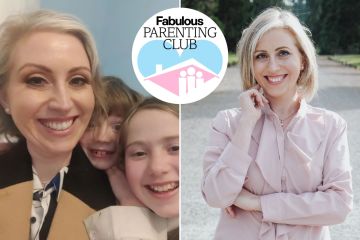 A waitress reads out a Spam-filled menu but the customers then drown her out singing: “Spam, Spam, Spam, lovely Spam.”

Spam — comprised of pork, salt, water, potato starch, sugar and salt — was launched by America’s Hormel Foods Corporation in 1937, to meet demand for non-perishable canned food during the Great Depression.

It was later the perfect stomach-filler for Second World War troops.

After the war — in which an estimated £100million of the tinned goods was scoffed by Allied — it surged in popularity and became a mainstay of school dinners.

Debate has surrounded its name. Some have said it is an abbreviation of Spiced Ham. Others believe it is short for Shoulder Of Pork And Ham, Specifically Processed Artificial Meat — or even something Posing As Meat.

In 2016 Hormel sought to clear up the confusion by claiming the name is made up of Sizzle, Pork And Mmm.

Spam is sold in 41 countries and 44,000 tins are produced every hour at the HQ in Minnesota, where there is even a museum dedicated to the product.

Spambassadors show visitors round the plant and they get to pack their own tin.

In the Philippines it is widely considered a thoughtful wedding gift, after US soldiers in the region gave it to locals as a thank-you.

Hawaii gets through seven million tins a year. It is sometimes called Hawaiian Steak, and there is an annual festival where fans enjoy treats such as Spam-flavored macadamia nuts.

South Korea is the world’s second-largest Spam consumer, devouring about half as much as the US, although it has a population only a sixth of the size.

Now we are whipping up treats such as Spam fritters, Spam hash, Spamish omelette, breaded Spam fingers and Spam teriyaki.

Spam is even found on pizzas and sushi — where grilled slices are served on rice, wrapped in seaweed.

You can now buy Lite Spam, with less salt and fat, and Spam bacon.

Superfan Mark Benson, from Liverpool, changed his middle name to “I love Spam”.

Mark, 46, told ITV’s Loose Women: “I love Spam for breakfast, with toast, and we make recipes from the Spam website up to four times a week.”