Rami Shaaban, a former Premier League star, is into the fruit and vegetables business years after he quit football.

Shaaban played as a goalkeeper during his football career, which spanned 18 years between 1994 and 2012.

The 47-year-old started his senior career at local club Saltsjöbadens IF in Sweden before moving to Egypt to play for Zamalek and Ittihad Osman. 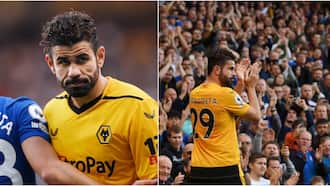 It was during his time with Swedish giants Djurgården that he earned a dream move to the Premier League in 2002.

Exciting feature: Check out news exactly for YOU ➡️ find “Recommended for you” block and enjoy!

While he did not play a prominent role during his two-year stay with the Gunners, he did form a part in the club’s history in 2004 when the north Londoners finished the season unbeaten.

However, he was later loaned to West Ham in January 2004 before being released by Arsenal in the summer of that year.

He spent a year at Brighton before moving to Norway with Hammarby IF and later ended his career in 2012.

And years after hanging his gloves, Shaaban is trying his hand in the world of entrepreneurship.

The Sun reports that the former goalkeeper runs a successful fruit and vegetable business in Sweden. 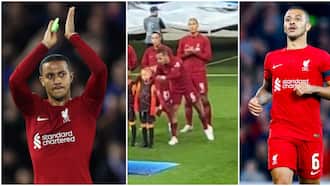 Now rocking gray hair and a beard, the ex-Prem footballer’s company is a specialist in the supply from Egypt of fruit and vegetable segment.

Rami Fresh, as the company is known, is based in Sweden and offers an assortment of fruit and vegetables from the best farms in Egypt.

The Gunners have started this season brilliantly, winning seven of their eight league games. On Saturday, they registered their biggest win in the league, a convincing 3-1 win over arch-rivals Tottenham Hotspur.

Arsenal have been touted as a potential title winner this season and have so far lived up to the hype. A painful 3-1 loss to Manchester United is their only defeat this term.