SHEDDING a few pounds whether for aesthetic or health purposes has lead to some dramatic glow-ups.

One woman shared her experience with losing weight and how she was treated differently in her every day life — even by people she thought she knew.

Kami Douglas is a 25-year-old woman who previously tipped the scales at 350 pounds.

At only 22 years old she developed diabetes, which prompted her to undergo gastric bypass surgery.

The procedure shrunk the size of her stomach, drastically decreasing the amount of food she could consume, but the weight loss journey did not end at the operating table.

“People think having the operation is an easy fix but it is not,” Douglas said.

“It is not as easy as one, two, three — you have to prepare for it which I think is better because you are more likely to succeed that way,” she added. 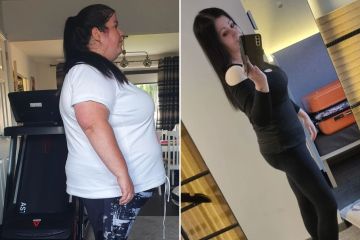 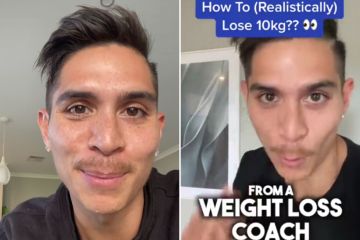 She followed up the operation with a strict dietary regimen of five carefully-portioned meals per day and a consistent fitness routine over the course of one year.

“It teaches you that you have to change the way you live, eat and exercise,” she added. “An operation is just a tool, and it benefits you, but you have to use it correctly.”

After eventually losing a whopping 175 pounds, Douglas’ health and personal life took a turn for the better.

She reversed her diabetes and said she is “far happier” than she was at 350 pounds.

“Now I am a lot better mentally, less depressed, and have a better outlook on life,” she revealed.

She went on her very first date last year and she is currently still with the lucky man 10 months later.

However, she noted that some former bullies propositioned her as well since the dramatic transformation.

“People would – as a joke – pretend to be my friend or pretend to have a crush on me,” she recounted. date.”

Douglas expressed that she is shocked by the nerve of people who used to make fun of her size and called out their disingenuous tactics.

Hard work and willpower helped Douglas change her health — and her life — for the better, but a lot of the work occurred in her own mind.

She concluded that her weight loss journey would be meaningless without a strong mindset to back up the extreme life change.

“Losing all the weight was pointless unless I learned to love myself,” she added.