CHOCOLATE fans will be pleased to hear Cadbury has an exciting offer on this Christmas.

As its festive Secret Santa postal service returns across the UK, thousands will be able to claim a free Dairy Milk bar.

In previous years, a purple pop up post office appeared on the streets to hand out anonymously-gifted chocolate bars to friends and family.

Now running for the fifth year, the idea is the same – shoppers order a free bar for their loved ones – but there won’t be physical post offices springing up this time.

Instead, shoppers should keep an eye out for posters around 200 locations from today (November 14) until December 24. 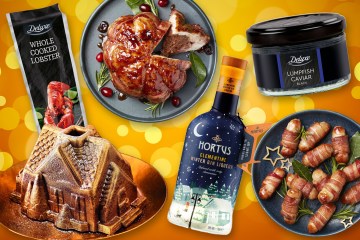 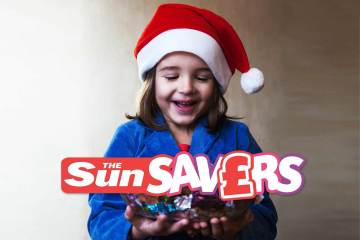 You’ll be able to scan a QR code on one of them which will take you through the process digitally.

Bars will be released every day until Christmas Eve.

And instead of granting 100,000 lucky customers with a free chocolate bar, the company has upped the number by another 20,000 to ensure as many feel the festive magic as possible.

And you’ll be able to choose from a wide range of chocolate bars to send.

Emma Paxton, senior brand manager said: “This year we wanted to make Secret Santa more accessible than ever and to spread that generosity across the nation.

“That’s why from today, you’ll see our postal service popping up on posters across the country, giving 120,000 people the opportunity to send chocolate secretly to a loved one this season.

“We hope that our campaigns the nation to get into the Christmas spirit and become a Secret Santa, helped of course by our wonderful postie Jeff.”

You can compare prices on Trolley.co.uk if you want to browse who sells them for the cheapest.

In other news, Cadbury’s last month confirmed the flavors of its mystery bars.

The chocolate company released the two bars earlier this year as thousands debated what they could taste when they bit into the sweet slab.

Cadbury revealed the two mystery flavors – rhubarb and custard, and blue raspberry slushie – and said it will soon draw two lucky prize winners from those who guessed correctly.

Brits had the opportunity to submit their guesses to be in to win the mystery prizes worth £5,000.

More than 300,000 people took part in the competition, but only 6,861 people guessed the flavors of the two bars correctly.

And Twirl lovers are only clocking onto a major change to Heroes tubs just now.

In early September, choco giant Cadbury revealed there would be a change to Twirl sizes in time for Christmas – read more here.