For a long time it has been known that diets dominated by ultra-processed food (UPF) are more likely to lead to obesity. But recent research suggests that high UPF consumption also increases the risk of cardiovascular disease, dementia and, according to a recent American study involving 50,000 health professionals, of developing colon cancer.

On a more general note, last month a study in Nature Reviews Clinical Oncology found that people born after 1990 are more likely to develop cancer before they’re 50 than people born before 1970. It’s suspected that UPF might be a contributing factor to this development .

As the UK is estimated to draw more than 50 percent of its calorie intake from UPF, this is no passing health scare but an issue that goes to the very heart of our culinary lifestyle. But before looking deeper into the issue there is an obvious question: what is a UPF?

NOVA (not an acronym) is a widely used food classification system that separates foods into four categories based upon their level of processing. Almost all foods, aside from fresh fruit and raw vegetables, undergo some degree of process. Cooking is a process, and it usually involves added ingredients such as oil and salt.

In NOVA’s first category, Group 1 is unprocessed or minimally processed foods (fruit, vegetables, meat, eggs, milk). Group 2 is made up of processed culinary ingredients such as sugars, oils and butter. Group 3 is processed foods (canned vegetables and fish, bread, jam). Group 4 is ultra-high processed foods, which are mostly low in protein and fiber, and high in salt, sugar and fat, and have undergone industrial interventions such as extrusion, molding and milling. 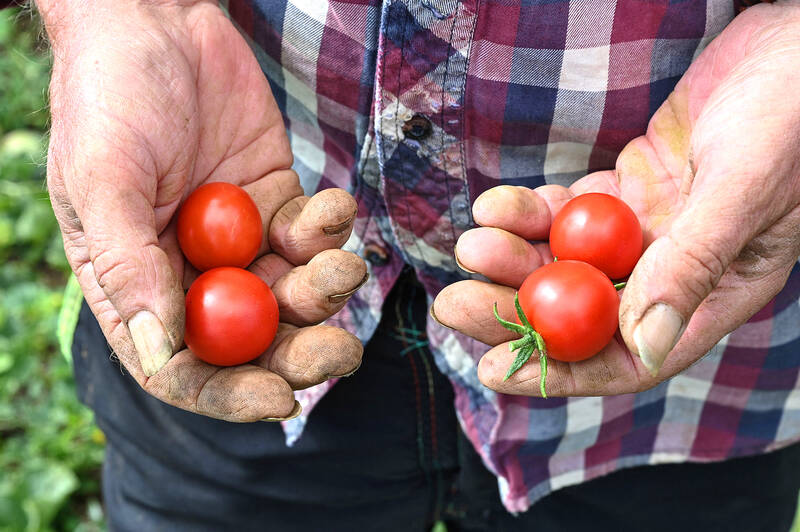 Writing in his book Spoon-Fed, the King’s College epidemiologist Tim Spector notes: “The ultra-processed nature of modern food generally means that the complex structure of the plant and animal cells is destroyed, turning it into a nutritionally empty mush that our body can process abnormally rapidly.”

Spector’s King’s College colleague Dr Sarah Berry is a nutrition expert in the area of ​​cardio-metabolic health. She is not uncritical of NOVA’s system of classification, which has been beset by problems of blurry distinctions and subjective application, but she says: “There is very clear observational data showing that people who have higher intakes of ultra-processed foods have higher levels of ill-health, whether it be cancer, cardiovascular disease, high blood pressure, obesity or type 2 diabetes.”

Berry is at pains to acknowledge that, while the problem of UPF may be scientifically well-established, it isn’t easy, on an individual level, to deal with. After all, UPFs are so prevalent that stripping them completely out of our diet would be a logistical and time-consuming nightmare. What’s more, people enjoy their convenience, and often relish their industrially enhanced taste. 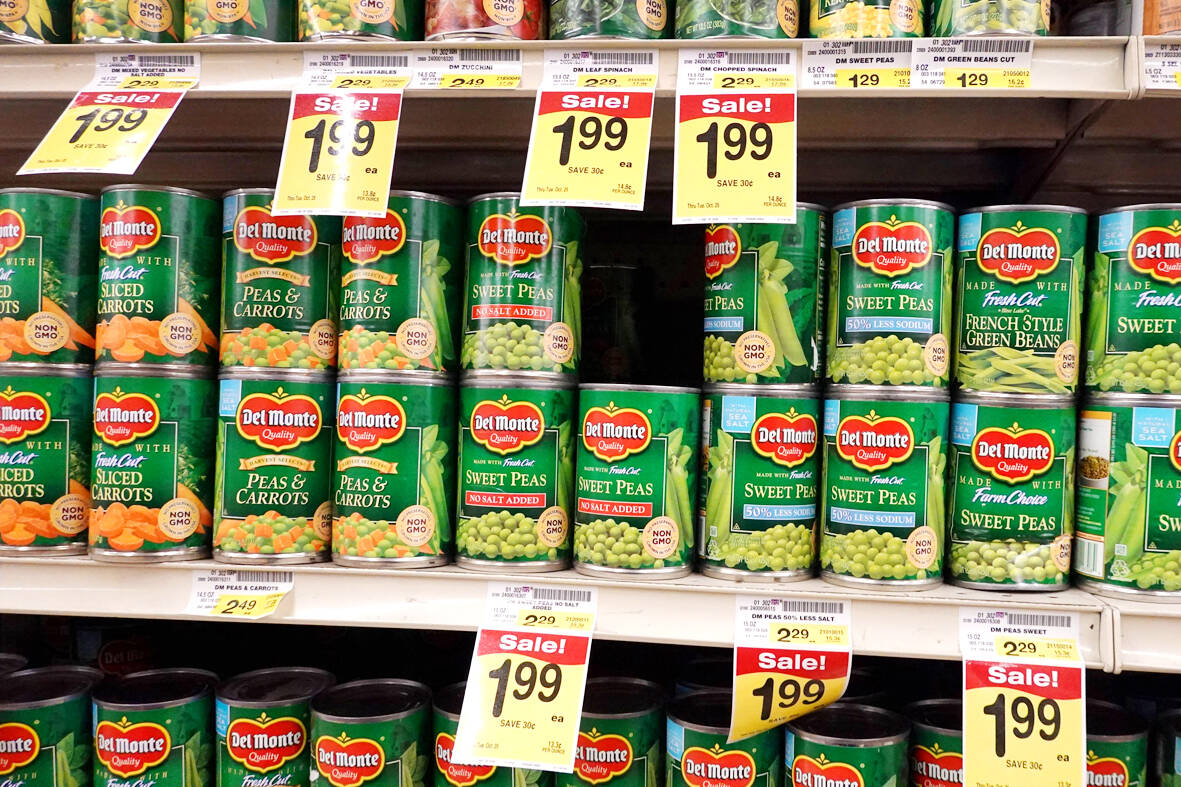 One illustration of how they have penetrated food in all areas is the rise of vegan cuisine, which in recent years has been mass-produced and carefully marketed. Yet so many of the glossily packaged plant-based substitutes are in fact UPFs.

“Look at oat milk, for example,” says Berry, citing a popular alternative for cow’s milk. “Its original structure has been taken out and it’s full of additives.”

As Sophie Medlin, dietitian and chair of the London branch of the British Dietetic Association has said: “The more you’re trying to make something imitate something that it’s not, the more processing it’s going to have to go through.” 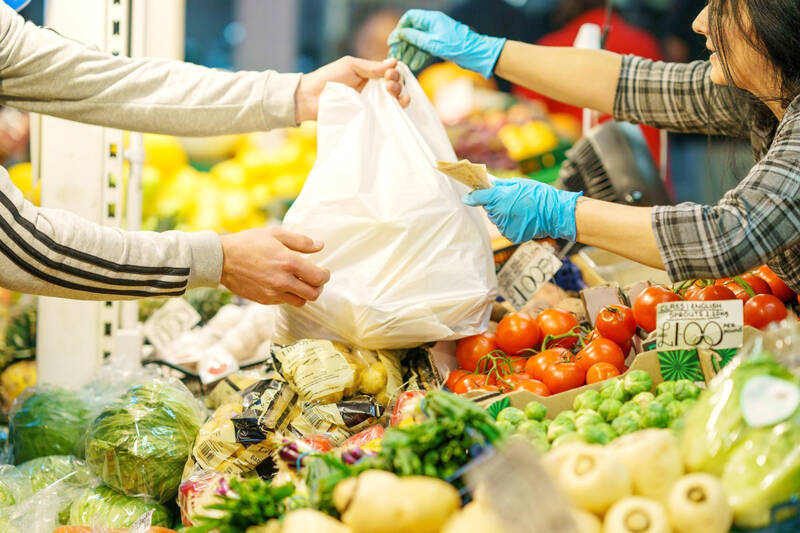 While acknowledging the benefits of cutting down on saturated fats that veganism brings, Medlin also said that it has become much easier to be a very unhealthy vegan.

But why should processing be damage to health? Not so long ago the main criticism about UPF was that it lacked nutritional substance, and to counter that absence of so-called healthy nutrients were added. Now food science is looking more closely at the different ways that natural food structures and ultra-processed foods are broken down by the human body.

One theory is that food with its natural structure removed is the cause of inflammation, the body’s defense response to infection. A recent study that involved 20,000 Italian adults found that those with the highest consumption of UPF had the greatest risk of dying prematurely from any cause. It also found that inflammatory markers, such as higher white blood cell count, were most pronounced in those whose diets had the highest levels of UPF.

Berry has conducted many years of research in food-induced inflammation. She warns of the pseudo-science behind many so-called anti-inflammatory diets, but says there is also some very solid science that underpins the concern about UPF and inflammation.

These increases brings about an inflammatory response.

“That’s normal,” Berry says. “The problem is if it’s in the wrong place at the wrong time and excessive. That predisposes us to these chronic diseases, like type 2 diabetes, cardiovascular disease and even cancer.”

One of the big breakthroughs in understanding food nutrition in the 21st century is a greater understanding of the microbiome, the mostly gut-based micro-organisms that play a vital part in the digestion process. It’s known that some food additives such as sweeteners and emulsifiers commonly found in ultra-processed foods cause changes to the microbiome that increase inflammation.

Some researchers believe that inflammation increases because the body responds to elements of UPF as though they were a pathogen, as it would with an invading bacteria. This increase in inflammation throughout the body has been called “fast food fever.”

However, it’s not a straightforward picture of what might be termed pathogenic fast food. The American colon cancer study did not establish a link between increased inflammation and men consuming the most ultra-processed food, but inflammation is closely linked with an increased risk of colon cancer.

Berry says that one complicating factor is that it’s not ingredients per se that necessarily cause inflammation, but the form the ingredients take.

“If you take, for example, whole oats and ground oats, they have identical back-of-the-pack labeling and the same NOVA classification. When people are fed whole oats you get a very blunted blood sugar, blood glucose response. When they’re fed finely ground oats you get this massive peak in glucose, then a dip, an increase in hunger and this increase in inflammation. This is because processed food breaks down the food structure, breaks down what we call the ‘food matrix.’ And you get totally different effects on inflammation as a result of the structure of the food.”

The more time the body spends in an inflammatory state, the greater the risk of chronic diseases. Nutritionists are divided about what the most effective approach is to take to the threat provided by UPFs. Purists argue that the only surefire response is to the cut them right out of the diet, or cut them right down. But as they currently make up 50-60 percent of the western diet, that might be unrealistic.

“I live a busy life as a full-time working parent, and my children eat far too much ultra-processed food, but I have to be pragmatic,” she says.

She thinks that food producers can make a number of helpful changes. She cites as an example the ground oatmeal that triggered the inflammatory response.

“If I was to add to that oatmeal some red wine or some dark chocolate or other kind of polyphenol-rich food, you actually suppress that inflammation, you counterbalance it, so you kind of put out that fire. And ultra-processed foods are lacking those kinds of polyphenols and antioxidants.”

This is not the same as just adding missing nutrients, which has little impact on the inflammatory effects of breaking down the food matrix. Simply adding fiber, says Berry, isn’t nearly as healthy as fiber in its original form. It’s about adding ingredients to inhibit inflammation itself.

“It might sound silly to talk about reformulation given that highly processed foods have all come about because of the food industry reformulating foods, but I think there’s lots of scope for some of the ultra-processed foods to be reformulated to be better.”

She gives the example of sweeteners, which have become more prevalent as a result of the sugar tax, and the creation of no or low-sugar versions of many products. Research has shown that some sweeteners have unhealthy effects while there are one or two, she says, “that might even have favorable effects.”

While the research, concrete she acknowledges, is not yet, there are enough signs to suggest that distinguishing between the health effects of sweeteners could have beneficial results.

None of this is going to change overnight, but there needs to be a shift in dietary education, Berry says, if we are to cut back on the use of UPFs. In the long term we as a society will need to rediscover the importance of fresh food ingredients, of cooking, and ultimately the inconvenience — chronic illness and cancer is never welcome — of so much convenience food.

Governments may not care what people eat (although they certainly care about ballooning health costs for dealing with it) but we will have to be much more attentive about it ourselves. Healthy eating is a big business nowadays, the problem is that a great many products that pass themselves off as healthy — from protein bars to some milk substitutes — are really nothing of the sort.

Comments will be moderated. Keep comments relevant to the article. Remarks containing abusive and obscene language, personal attacks of any kind or promotion will be removed and the user banned. Final decision will be at the discretion of the Taipei Times.