The Office of Councilwoman Heather Hutt, in partnership with WNBA team the Los Angeles Sparks and longstanding social services organization Mothers in Action, hosted a turkey giveaway for local families on the morning of Wednesday, December 14. The event was held at the not-yet -year-old Michelle and Barack Obama Sports Complex, the former site of Rancho Cienega Recreation Center.

In addition to the festive poultry, an array of fruit, vegetables and other food supplies were included to ameliorate the burden some families will experience during this holiday season while contributing to the conviviality of their gatherings. The office has provided over 1,400 such packages to 10th District residents throughout the years. 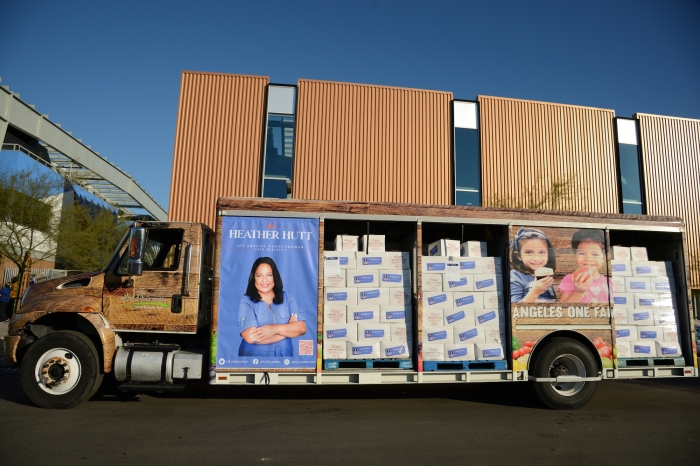 A truckload of food boxes were distributed to the residents of Council District 10. (Courtesy photo)

“We see the need,” said Hutt, who succeeded former interim Councilmember Herb Wesson into this position when he resigned in September, just a few months after opening the Michelle and Barack Obama Sports Complex. “People waited in line so that they could get food, so there’s a definite need in our community, and I’m just glad to be here to try and fill that gap.”

Hutt was joined by the newly elected Los Angeles Mayor Karen Bass on her third day in office, just two days after Bass declared a state of emergency over Los Angeles’ homelessness crisis. The mayor and Hutt, who’ve known each other for many years, personally helped deliver turkey packages to the many residents in attendance.

“To meet my neighbors now in my new capacity as mayor is very heartwarming,” said Bass. She added of her colleague, “The councilwoman has represented and spoken on behalf of the members of this community for so many years, so this is just a new hat, a new role, but…she has been embedded here and knows the needs of the community.” 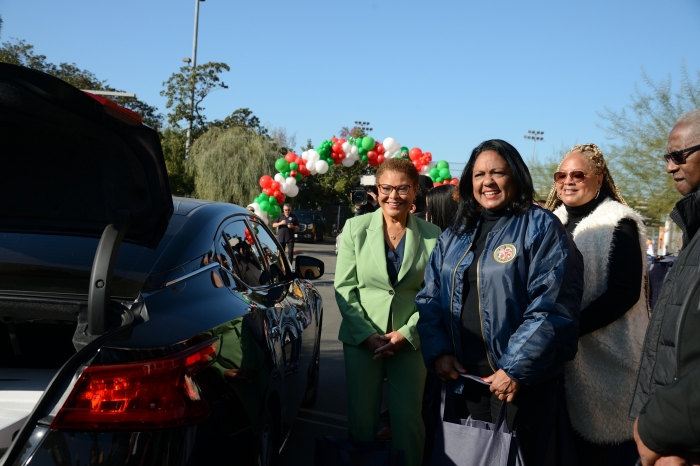 Being boots on the ground, helping her neighbors in this way was moving for Councilwoman Hutt. “I’ve lived in this community my whole life,” Hutt shared. I raised my children here. It feels really good.”

In keeping with the same holiday spirit, the turkey giveaway was followed by a Snow Day hosted by the councilwoman on Dec. 16 in Leimert Park. 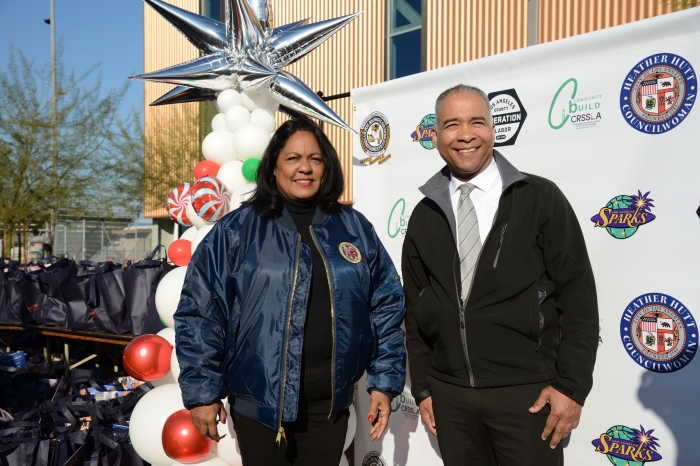 Both Hutt and Bass are relatively new to their positions, but are no strangers to public service and have hit the ground running.